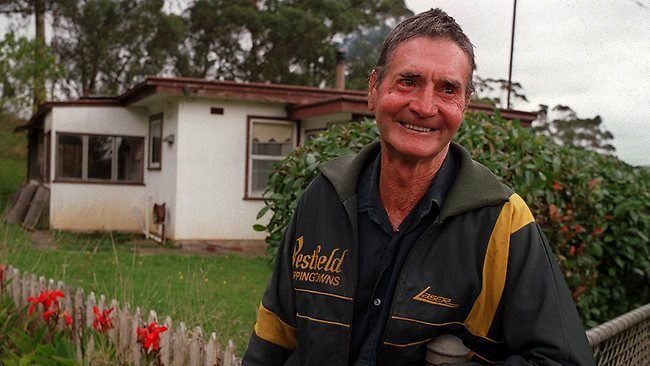 Do you remember the old story about the race between the tortoise and the hare? The hare expects to win easily, so he stops for a nap halfway. The tortoise plods on and finally prevails. It teaches us the lesson that you can succeed by doing things slowly and surely. But it also reminds me that whatever you want to achieve, taking the first step is the most important.

This ancient fable was repeated in the 1980s, and it’s a story I like to share with my clients. Its hero was a humble potato-farmer called Cliff Young, who became a legendary long-distance runner. He’d never been coached but he had a secret weapon. From boyhood, he’d herded sheep by foot on the family farm, often running for days with little sleep.

Now 61, Cliff turned up to a running race in Sydney, decked out in his overalls and work boots. Most folk thought he was there to watch. But he picked up his race number and joined the other competitors. He tried on his first-ever pair of running shoes, and cut holes in his trousers for ventilation. He also removed his dentures, as they rattled when he ran.

You need to know that this was no ordinary event. It was the very first Westfield Sydney to Melbourne race, an ‘ultra-’. That’s the name for events longer than a marathon. And this was much, much longer, at nearly 550 miles. Even the professionals would take five days to finish this gruelling challenge, and they had trained especially for it. People worried about Cliff’s safety, and no wonder. How was this old man going to cope?

As expected, Cliff trailed by a large margin at the end of the first day. The pros had quickly left him behind. But as the race went on, something unexpected happened. The Aussies were glued to the TV news as Cliff took the lead with a slow, shuffling running style. Like the tortoise, his pace was slower than everybody else’s. But he wasn’t sleeping six hours a day like the hares. So they had a lot of catching up to do.

He ran almost non-stop, with only short breaks. Cliff didn’t know that you were supposed to run for eighteen hours a day and sleep the rest. He later told reporters that he imagined running after sheep, trying to outrun a storm. It worked, as he eventually won the race by ten hours. His time had cut the record for the distance by over two days. Famously, he then split the prize money among his fellow runners. According to Cliff, the A$10,000 prize would, “buy a lot of potatoes.”

From nowhere, this out-of-the bush runner was now an Australian icon. The Cliff Young Shuffle soon became famous in the running world, copied by long-distance runners everywhere. Through courage and determination he showed us that small steps chained together become something powerful.

Cliff came to prominence again aged 76, when he raised money for homeless children on a 16,000km run around Australia. He got halfway, pulling out only because his crew member became ill. Exercising as he got older was natural for him, even with some arthritis in his joints: “It is like rust that gets into a vehicle. I reckon you have to keep your joints moving. No matter what you do, you have to keep moving. If you don’t wear out, you rust out, and you rust out quicker than you wear out.” He finally rusted out in 2003.

Remember that in life results take time. It’s truly a marathon not a sprint, as Cliff Young shows. Be patient, consistent and trust yourself. But know that if you change nothing, nothing will change.