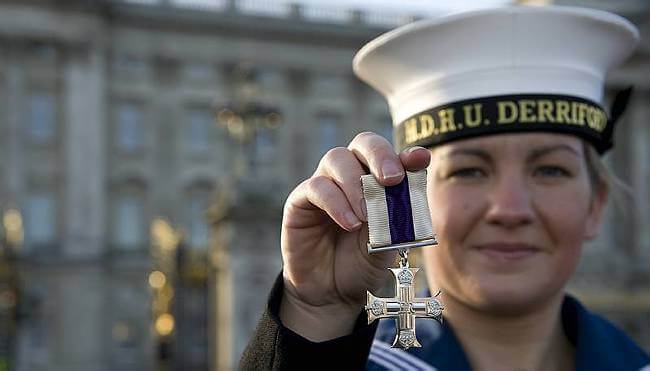 Where to find everyday courage

If you’re reading this blog, you probably have a challenge in mind. Perhaps you want to lose a few pounds, or play with your kids without getting breathless. Perhaps you said ‘yes’ to a long walk for charity, or told your partner you’d get fitter. Underneath it all, you’re trying to be the best version of yourself.

Together, we can work out the steps you’ll need to follow. It’s going to mean hard work in building the right habits. But it also means being brave, finding the courage to face up to physical and mental obstacles. Luckily, you’re not alone. There’s inspiration all around us.

When I think about courage, I remember my deployment to Helmand, Afghanistan during 2009. I also remember meeting a cheerful young soldier called John, who chipped in to help us with some work one hot day. At this point, you might be expecting a story about a fierce male warrior on the battlefield. But you’d be wrong. This hero has never been more than 5ft tall, and she believed her courage came from a simple promise.

Back then, Chief Petty Officer Kate Nesbitt was just 21 years old. “I promised my friends and comrades I’d be their medic,” she said. “I promised I’d be there if they ever needed me. They needed me that day – so when the call came, that’s just what I did.”

What she did on that day was remarkable. During a patrol that was ambushed by Taliban fighters, Lance Corporal John List was shot in the neck. The wound was serious and would quickly choke him to death. Learning of the casualty by radio, Kate dashed 70 yards across open ground. With rockets and bullets for company, she made a temporary airway for John and stemmed the blood he was losing. They were pinned down for nearly an hour.

In the chaos of a gun battle miles from home, John List was lucky to meet the right person that afternoon. He was airlifted to hospital and recovered. Kate Nesbitt became only the second woman to be awarded the Military Cross, one of Britain’s highest military medals for gallantry. She had kept her promise, with a superhuman display of personal leadership.

Nesbitt and List were reunited back in the UK several months later at a medals parade. It was the first time he was able to speak and thank her. Her citation read:

“Nesbitt’s actions …. were exemplary; under fire and under pressure her commitment and courage were inspirational and made the difference between life and death. She performed in the highest traditions of her service.”

On the battlefield, Kate Nesbitt’s courage was clear to all her colleagues. It was at the extreme limit of what’s humanly possible. But courage isn’t always so obvious that it leads to a ceremony at Buckingham Palace. Bravery comes in many forms, as everybody’s life brings different challenges, tragedies and difficulties.

If you’re about to embark on a journey to improve your wellbeing, you’ll need some courage too. You’ll have to make some promises to yourself, finding the personal leadership to replace old habits with better ones. You may need to face down some personal demons – like the school bully or the bossy PE teacher who put you off exercise all those years ago.

Closer to home, you may have to deal with friends and family. They may be sceptical, or not understand that you’ll be sacrificing time and effort to reach your goals. And there’s always peer pressure to grab another beer or sugary doughnut. Some days you’ll doubt yourself, and it will take courage to continue on the path you’ve chosen.

Take a deep breath and listen to these fears about starting the journey. Write them down. Not because they’ll magically disappear. But because they’re all signs that your goal is going to be worth it. Like Kate Nesbitt, you’ll learn that making a promise and keeping it might be the best thing you’ve ever done.